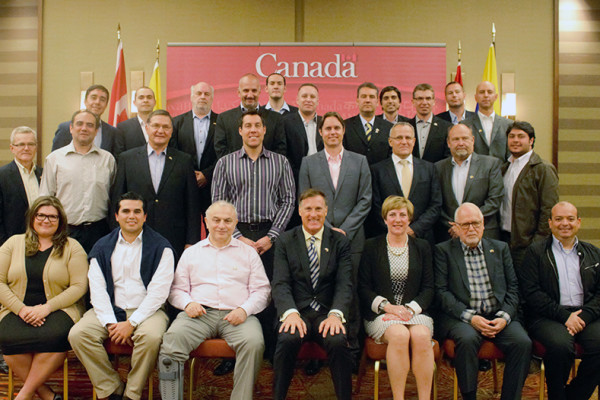 The Honourable Ed Fast, Minister of International Trade, and the Honourable Maxime Bernier, Minister of State (Small Business and Tourism, and Agriculture), are leading a trade mission from August 10 to 15 to Colombia and Peru, with a special focus on small and medium-sized enterprises (SMEs). The ministers will be accompanied by representatives of 19 organizations from the extractive, defence and security sectors.

Ministers Fast and Bernier will take part in meetings and discussions with Colombian ministers, government officials and members of the business community in Bogotá, Colombia, from August 10 to 13.

Minister Fast will continue the trade mission to Lima, Peru, from August 13 to 15.

Colombia and Peru have been identified as priority markets under Canada’s recently released Global Markets Action Plan, as well as development countries of focus under Canada’s Aid Effectiveness Agenda. Both are members of the Pacific Alliance, to which Canada is an observer member.