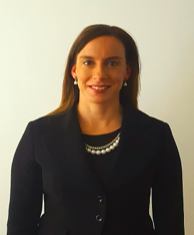 In Ottawa, she has held several positions, including in the Mexico Division (2004-2005), and in the Trade Policy Branch working on initiatives with Europe, most notably on the conclusion of Canada’s free trade agreement negotiations with the European Free Trade Association (EFTA) countries as well as on discussions with the European Union (EU) prior to the launch of the Canada-EU Comprehensive Economic and Trade Agreement (CETA) negotiations (2005-2007). She returned in 2015 to work on the Trans-Pacific Partnership (TPP) negotiations.

Ms. Wills was first posted to the Embassy of Canada in Washington, D.C. in 2007 as part of the Trade Commissioner Service. In early 2008, she moved to the trade policy section of the Embassy where she focused mainly on the U.S. bilateral and regional trade agenda, with an emphasis on Latin America, as well as advocating for Canada’s participation in the TPP. From 2011 to 2015, Ms. Wills promoted Canada’s education and ICT sectors and was responsible for bilateral and regional trade policy initiatives/issues, including the Pacific Alliance, at the Embassy of Canada to the Republic of Chile. In August 2016, she began her most recent posting to the Republic of Colombia as Senior Trade Commissioner and Counsellor (Commercial).

Brenda Wills holds a Bachelor of Commerce (Honours) degree in International Business and Marketing from the University of Manitoba. She speaks English, French and Spanish.